DDoS Cyber Attacks - Why Businesses Are Rushing to Get Protection

Over the past few weeks, New Zealand businesses like the NZX and MetService were rocked by an aggressive stream of Distributed Denial of Service (DDoS) cyber attacks. The New Zealand Stock Exchange website, which bore the brunt of these attacks, crashed for five days in a row, causing trading to be severely impacted. This recent round of malicious attacks mainly targeted companies in the financial sector, but the GCSB nonetheless released an advisory recommending that Kiwi businesses take cyber security seriously, and protect themselves from similar attacks.

DDoS attacks occur when a website, server or database is overloaded with fake traffic requests in such high volumes that the system crashes and goes offline, leaving legitimate visitors unable to interact with those online services. DDoS attacks are most often financially or politically motivated. The most recent attacks in New Zealand are thought to come from overseas cyber criminals who watched our international popularity rise following the country’s successful COVID-19 response.

But how could these attacks hurt my business?

From an outsider’s perspective, these attacks can seem like more of a nuisance than harmful, but consequences can be devastating to businesses. Simply put, if you’re forced offline during a DDoS attack, you’re out of business to the online marketplace. When the public doesn’t have the ability to communicate with your company or services online, you run the risk of overloading other communication media, such as your phone and email systems. DDoS attacks are complicated in nature, making them a difficult issue for in-house IT administrators to solve without external specialised support.

Get DDoS protection for my business

Ok, how can I protect my business?

DDoS protection works by ‘scrubbing’ incoming internet traffic, keeping a watchful eye on any suspiciously high volumes of traffic, and then dumping this data to mitigate its effect on online systems. While leading Internet Service Providers (ISPs) can offer DDoS protection services, it usually comes at a high subscription cost that is unaffordable for many businesses who may not have budget for the significant investment required to host their own DDoS protection system, so are ultimately hamstrung by a costly barrier to entry.

But Sharp’s customers are in a unique position - they can access DDoS protection services by subscribing to Sharp’s business internet services. Our standard (Out of Path) DDoS mitigation suite is included in all subscriptions, which monitors all inbound international traffic into Sharp’s network and acts on it once certain conditions - such as unusually high volumes of traffic - are met. Our larger customers, or those with more sophisticated technological requirements, can also subscribe to a more aggressive (Inline) DDoS system. This acts on suspicious traffic in real time, at all times, across all network, transport and application layers, providing notifications, alerts and a full monitoring suite via your very own DDoS portal User Interface. 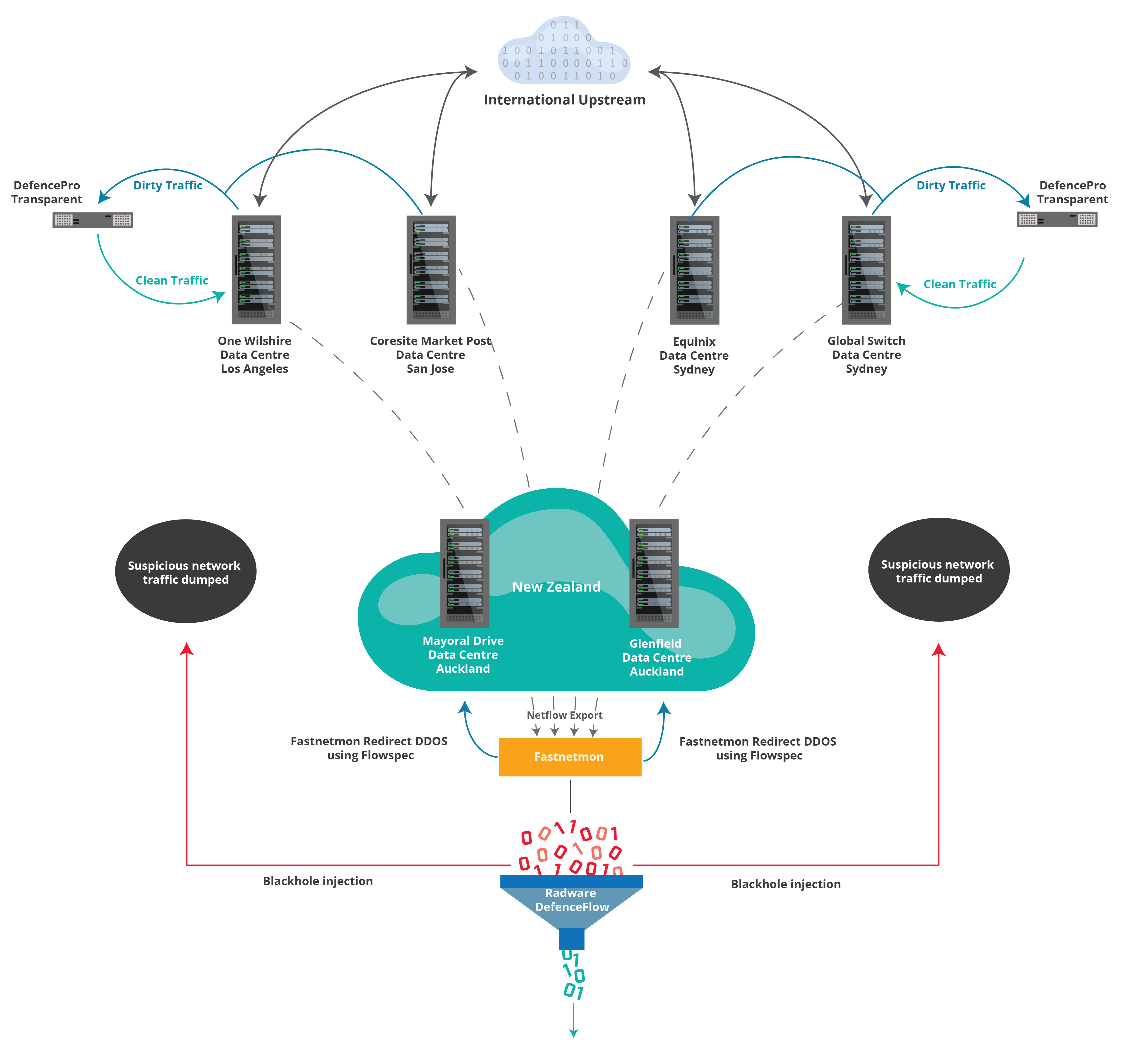 Image description: A diagram of how DDoS protection works.

Cyber security threats can happen to any business, so it’s best to ensure your company is fully prepared and protected at all times. Make an incident response plan that can be immediately implemented in the event of an attack, and check that you have the necessary DDoS protection and appropriate cyber security unified threat management in place.

If you’d like to find out more about Sharp’s Voice and Data services and our leading-edge ISP-grade DDoS mitigation and cyber security services, contact us today.

Get a quote
Previous

Sharp Launches the C-Cube, the smallest business copier of its kind 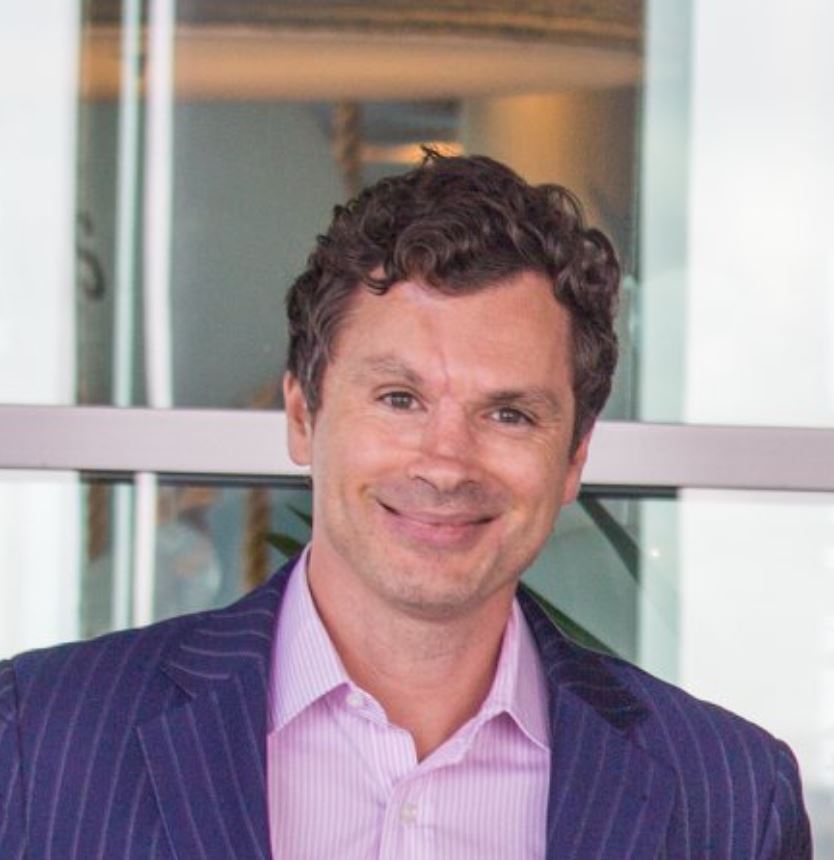 Hi! I'm Chris. If you think our comprehensive voice and data services might help your business, I'd love to arrange a visit with you and your team to discuss if implementing our services would be right for you. Email: ccalder@sharp.net.nz DDI: 09 920 4133